If you’re looking for an adrenaline rush, look no further than the mountains of Kenya. With dozens of active volcanoes dotting the landscape, this is one destination that’s sure to get your heart racing.

From Mount Kilimanjaro’s slopes to Mount Kenya’s peaks, these dramatic landscapes provide some of the most stunning views in Africa. So if you’re looking for an adventure, be sure to put Kenya on your list!

There are many volcanic mountains in Kenya. The following is a list of some of the more notable ones.

Mount Elgon is one of the fascinating natural wonders in Kenya.

With its towering peak and large caldera, this ancient volcano is an iconic landmark in Western Kenya.

For adventurous hikers and nature enthusiasts, Mount Elgon offers a wide range of hiking trails that wind through its rugged terrain and up to the mountain’s summit.

And for those who prefer to spend the night under the stars, several rustic campsites are located at the base of Mount Elgon, where visitors can enjoy a romantic evening under clear, starry skies.

Mount Longonot is an iconic landmark in Kenya, standing tall and majestic at over 2,000 meters above sea level.

The mountain has a large crater about three kilometres wide, forming a natural amphitheatre for visitors.

Active for millions of years, Mount Longonot is believed to have formed from extinct volcanic processes underneath the surface of the Earth.

Whether climbing to the summit or just admiring it from a distance, this storied mountain offers breathtaking vistas and plenty of opportunities for adventure.

Whether hiking through rugged terrain or trekking across vast stretches of pristine grassland, there’s something unique and unforgettable about Mount Longonot that will stay with you long after your visit ends.

Mount Kenya is a mighty and iconic mountain in central Kenya, towering above the surrounding landscape at over 5,000 meters in elevation.

With its three prominent peaks — Batian, Nelion, and Point Lenana — Mount Kenya is an important water source for the surrounding region.

Due to its unique volcanic formation, the mountain draws precipitation upwards from sea level, providing crucial water for much of the country.

In addition to being a vital resource for local communities, Mount Kenya is home to a rich diversity of plant and animal life.

Some rare and endangered species can only be found on Mount Kenya’s slopes, including the Kenyan black rhinoceros, the endangered eastern bongo antelope, and the elusive Mount Kenya bushbuck.

Whether viewed as an ecological treasure or a critical natural resource, Mount Kenya holds a special place in the hearts and minds of all Kenyans.

Mount Suswa is an inactive volcano in the Suswa Conservancy, a protected area in central Kenya.

The mountain has two distinct craters, one of which is home to a large population of baboons.

Baboons are not the only animals that call Mount Suswa home — there are also several species of antelope, zebra, and wildebeest.

In addition to its abundant wildlife, Mount Suswa offers breathtaking views of the surrounding landscape.

For those looking to explore Kenya’s unique volcanoes, Mount Suswa is an excellent place to start.

Related: The Top 10 Highest Mountains in the World

The Chyulu Hills is a region of breathtaking natural beauty and ecological richness.

The mountain range contrasts the surrounding arid savannahs and grasslands with its rugged peaks and lush forests.

The Chyulu Hills are known for their extensive network of volcanic activity, with over 50 extinct volcanoes forming impressive geological features.

Additionally, the landscape is home to an abundance of diverse flora and fauna, including many rare and endangered species, such as elephants, lions, rhinos, hyenas, leopards and giraffes.

Whether viewed from afar or explored up close, the Chyulu Hills is a magnificent natural wonder that deserves admiration and protection.

Central Island is a unique and fascinating geological feature in the middle of Lake Turkana in Kenya.

This volcanic island features more than a dozen craters and cones, some of which are filled by small lakes.

With its dramatic landscape and rich biodiversity, Central Island has become a popular destination for tourists and nature lovers.

The island’s scenic beauty is enhanced by its location in one of the largest lakes in East Africa. It offers visitors incredible views of its soaring volcanic mountains reflected in the lake’s clear waters.

In addition to being revered as an important site for wildlife viewing and outdoor recreation, Central Island is also gaining recognition as critical habitat for rare species like crocodiles and hyenas.

Read also List of Highest Mountains in Africa and their Location

Ol Doinyo Eburru is a complex of active volcanoes in the Great Rift Valley, Kenya.

This unique landscape is home to various animal and plant life and has long been a site of interest for geologists and adventurers.

But perhaps its most valuable asset is the abundant source of geothermal energy that can be found within the massif.

Thanks to this energy, Ol Doinyo Eburru has become an increasingly popular destination for both residents and international tourists, who come to experience its unique beauty and fascinating geological history first-hand.

However, with its rapid growth in popularity comes the need to protect its natural habitats from pollution and over-exploitation.

For this reason, many conservation efforts are underway at nearby Soysambu Conservancy to ensure that all can enjoy Ol Doinyo Eburru’s amazing landscapes for years to come.

Located in Kenya’s Great Rift Valley, Menengai Crater is one of the country’s largest and most impressive volcanoes.

Towering over 7,000 feet above sea level, this massive shield volcano is known for its vast caldera or crater-like depression on its summit.

With a diameter of nearly 12km, Menengai Crater is one of the giant calderas in the world and a testament to the incredible power and beauty of volcanic activity.

Recently declared a UNESCO World Heritage Site, Menengai Crater is an iconic landmark and a must-see destination for travellers in Kenya.

Located in the Gregory Rift Valley, Mount Silali is a dormant volcano that sits near the town of Kapedo, Kenya.

This imposing mountain is part of a group of volcanoes, along with Paka and Korosi, found in the expansive Loyamoruk Plains in eastern Nginyang, Baringo County.

With its spectacular volcanic landscape and rich history, Mount Silali has become an iconic landmark that draws visitors worldwide.

Mount Homa is an iconic landmark in western Kenya, renowned for its stunning volcanic landscapes and unique geological features.

Formed from carbonatite lava, this mountain rises high above the waters of Winam Gulf, the southern extension of Lake Victoria.

With its position at the centre of Homa Bay and only a short distance north of the town of Homa itself, Mount Homa is a significant draw for tourists and nature lovers alike.

Also, read All the Saltwater Lakes in Kenya.

Other Volcanic mountains in Kenya

Several other Volcanic Mountains in Kenya are worth mentioning. These include:

Each of these Volcanic Mountains in Kenya has unique features and landscapes worth exploring. So, if you ever find yourself in Kenya, check out some fantastic mountains! 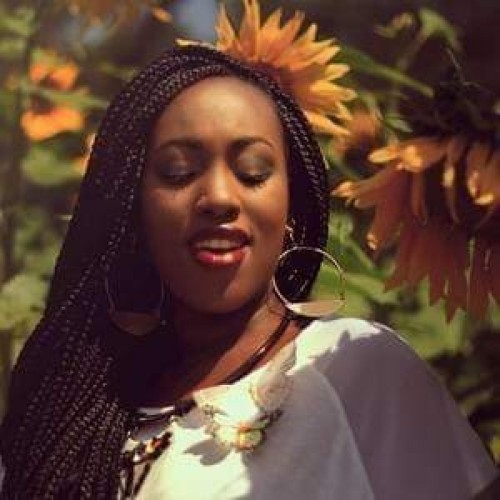