Here are the 10 Richest Men in Kenya

In this article, we will list the richest men in Kenya.

Billionaires disproportionately influence the world economy, politics, and philanthropy. According to Forbes, there are 2,755 billionaires in the world. The wealthiest among them are members of an even more elite club with more influence. Many of these billionaires are the founders of technology powerhouses, with a substantial portion of their fortune still invested in the businesses they founded.

They can, however, borrow against that wealth to avoid selling shares and delay (or eliminate) taxes on unrealized capital gains for themselves and their successors. Multi-billionaires can also use a slew of tax breaks to reduce their taxable income, with several on this list paying no taxes in recent years.

With Kenya’s highest GDP in East Africa, we were compelled to share Kenya’s top ten richest men with you.

We produced a list of Kenya’s top ten wealthiest men and a brief description of their sources of income due to popular demand.

To compile this list, we looked at lists from Forbes, Bloomberg, and other reputable sites, and after conducting much research, we came up with this.

Here are the top 10 richest men in Kenya. The list is not in any particular order.

His family, on the other hand, is still on the list. The Biwott family has a net worth of roughly 1.1 billion dollars, significantly less than Ernesto Taricone’s, one of Ghana’s top ten wealthiest persons.

Biwott was a politician, philanthropist, and businessman who controlled the Premier Group of Companies, Barisim Investment, and Yaya Center, valued at millions of dollars.

Biwott’s family has maintained its status as one of Kenya’s wealthiest families by continuing to manage its investments.

Manu Chandaria is one of Kenya’s wealthiest persons, having over 1.7 billion dollars.

He is the chairman and CEO of Comcraft, a Kenyan steel and aluminum company founded by a Kenyan businessman of Indian heritage.

Comcraft was the largest steel company in Africa in 2015, with over 2 billion dollars in yearly revenue and over 30,000 employees spread across three continents.

Manu Chandaria earned his bachelor’s degree in engineering from Oklahoma after graduating from Jamnagar University in India.

After finishing his BSc and master’s degrees, he went into business and has become one of Africa’s most influential persons.

Chris Kirubi was one of Kenya’s wealthiest men until his death on June 14, 2021.

He is a shrewd businessman, entrepreneur, and industrialist who strives to make money via his investments. He worked for centum investing as a director. DHL Express Kenya Limited, Haco Industries Kenya Limited, Kiruna International Limited, International House Limited, Nairobi Bottlers Limited, Sandvik East Africa Limited, and 98.4 Capital FM were the companies he chaired.

His total net worth was estimated to be about $400 million. Regrettably, he passed away in mid-year 2021 at the age of 80.

Samuel Kamau Macharia is a well-known millionaire in Kenya. He owns various enterprises, including a significant part in the royal media firm, one of Kenya’s most successful.

His net wealth is 365 million dollars, and he owns multiple television and vernacular radio stations.

Macharia is also interested in various other fields, including agriculture, real estate, finance, etc. He is well-known in Kenya and Eastern Africa as one of the country’s millionaires.

The MOI family is the wealthiest in Kenya. The Moi family is considered Kenya’s wealthiest, with a net worth of about $3 billion with interests in over eight different industries, including agriculture, insurance, banking, manufacturing, etc.

They amassed much of this money during the late Daniel Arap Moi’s 24 years as President of Kenya.

The MOI family is the wealthiest in Kenya and East Africa, with enterprises such as the Standard Group, which owns Kenya Television Network, Vybez radio, Standard News Paper, Radio Maisha, and Spice FM.

John Harun Mwau’s name cannot miss by the wealthiest men in Kenya. This renowned billionaire owns various companies in Kenya, such as:

Additionally, he has also invested in shares with different companies worldwide. He has not been left aside from spending on real estate in Kenya, just like the other millionaires.

Uhuru Kenyatta, who comes from an affluent family, has lived luxuriously since childhood. He appears to have amassed his fortunes while managing his father’s billion-dollar fortune.

Uhuru Kenya is the current President of Kenya and has a net worth of around $500 million.

He has been president since 2013, and his companies operate in various industries, including insurance, hotels and tourism, banking, education, farming, and so on.

Also on the list is Atul Shah, the managing director and CEO of Nakumatt Holdings Limited. Atul Shah is one of Kenya’s top ten wealthiest persons, with 290 million dollars.

He owns a significant portion of Nakumatt Holdings Limited. This private holding company controls the Nakumatt grocery chain, which has locations in Kenya, Uganda, Tanzania, and Rwanda and employs over 7,000 people.

Nashad Merali is one of Kenya’s richest individuals, with a net worth of 600 million dollars. He is a Kenyan entrepreneur and the creator of Kencell, a mobile service provider.

He is also the head of the Kenyan conglomerate Sameer Group, which is involved in construction, agribusiness, finance, and information technology.

Naushad was a substantial shareholder in Airtel telecoms and was on the board of directors until selling his shares and stepping out. He is still one of Kenya’s wealthiest individuals and is well-known throughout Africa.

Most of the men described above have worked hard to get to where they are now. As a result, it’s important to remember that no one is born with a silver platter in their hands. Bhimji Depar Shah is a Kenyan businessman with an estimated net worth of $700 million.

BIDCO is a company that produces soap and has expanded its operations to include edible oil processing. Vimal, Bhimji’s son, is the CEO of the firm. The BIDCO Africa company developed and opened a $200 million industrial complex in 2019. Bhimji is among Kenya’s richest men.

Most of the men described above have worked hard to get to where they are now. As a result, it’s important to remember that no one is born with a silver plate in their mouth. In today’s Kenya, we must work persistently every day to attain our goals. 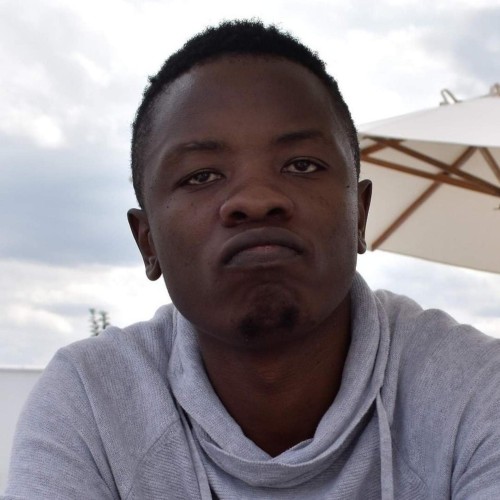