6 Major Types of Cryptocurrencies in Kenya

Kenya is one of the most technologically advanced countries in Africa. This advancement has led to many Kenyans taking advantage of new technologies, including cryptocurrencies. This blog post will discuss the different types of cryptocurrencies available in Kenya.

We will also summarize how each type of cryptocurrency works. Finally, we will discuss the benefits and drawbacks of using cryptocurrencies in Kenya.

According to Investopedia, Cryptocurrencies are digital currency that uses cryptography to make it nearly impossible for counterfeiters and double spenders.

Cryptocurrencies are a revolutionary form of money. They have no central authority, which means they can be sent from person to person without depending on banks or governments for support and protection against inflationary pressures like traditional currency goes through when there’s too much demand in circulation relative to their supply.

Lastly, unlike the Kenya shilling and other significant currencies, cryptocurrencies have no physical form since they only exist as a series of numbers.

10 Most Common Types of Cryptocurrency in Kenya

According to TripleA, a Crypto payment gateway based in Singapore, over 4.5 million Kenyans own cryptocurrency.

This number represents 8.5% of the Kenyan population, and these people own the following cryptocurrencies:

Bitcoin is a cryptocurrency and a payment system, first proposed by an anonymous person or group under Satoshi Nakamoto in 2008.

Bitcoin is decentralized, meaning it is not subject to government or financial institution control. Transactions are verified by a network of computers and recorded in a public ledger called a blockchain.

One can use Bitcoin to purchase goods and services online or trade it for other cryptocurrencies or traditional currencies.

Bitcoin is often praised for its potential to increase financial inclusion, as anyone with an internet connection can use it.

The way the Bitcoin system works is that miners use special software to solve math problems, and it rewards them with Bitcoins because of this work.

Miners then use these Bitcoins to pay for goods services or trade them for altcoins or other cryptocurrencies.

The primary benefit of Bitcoin is that it is very secure because of its cryptography and decentralized network.

The drawback of Bitcoin is that its value is highly volatile.

Kenyans can buy and sell Bitcoins on several exchanges in the country. The most accessible place to buy bitcoins via M-Pesa is LocalBitcoins.com.

Ethereum is a network of computers that uses blockchain technology to secure transactions. Ethereum is similar to Bitcoin, but it has a few key differences. For one, one can use Ethereum to build decentralized applications. This means that one can build applications on top of the Ethereum network, and they will run on a decentralized infrastructure. This makes Ethereum apps more secure and resistant to censorship.

Another difference is that Ethereum has its programming language, allowing developers to create smart contracts. These are contracts that can automatically execute when certain conditions are met.

Ethereum also has its currency, called Ether. Ether can be used to pay for transaction fees and power the decentralized applications that run on the network.

Kenyans looking to own Ethereum (Ether) must first buy on platforms such as LocalBitcoins.com. Then you can convert your Bitcoins to Ethereum.

Litecoin is a cryptocurrency created in 2011 as a fork of the Bitcoin protocol. It is considered one of the first altcoins, alternatives to Bitcoin.

Litecoin is a peer-to-peer digital currency that enables instant, near-zero cost payments to anyone.

It is similar to Bitcoin, but it has a faster block time and a different hashing algorithm. As a result, Litecoin can confirm transactions much faster than Bitcoin. In addition, Litecoin has a higher max supply than Bitcoin, which means that there will be more Litecoins in circulation than Bitcoins.

While Litecoin is not as widely accepted as Bitcoin, it is still one of the most popular cryptocurrencies.

You can own Litecoins after converting them from Bitcoins. Start on LocalBitcoins.com where you can buy Bitcoins using M-Pesa.

Cardano is an open-source cryptocurrency project that is entirely decentralized. It allows more complex smart contracts to be built and run on its blockchain.

Cardano was created by Input Output Hong Kong (IOHK) and the Cardano Foundation. Some of the team members that worked on Cardano also worked on Ethereum.

ADA is the native token of the Cardano blockchain.

Using Cardano over other cryptocurrencies is its security and multi-layer architecture. The drawback of this cryptocurrency is that it is relatively new, meaning that many Kenyans are still trying to figure out its full potential.

Ripple is a cryptocurrency that was released in 2012. It is different from other cryptocurrencies because it is not based on blockchain technology. Instead, it uses a shared ledger managed by a network of computers. This means that it can process transactions much faster than with blockchain-based cryptocurrencies.

Ripple is also unique because several major financial institutions back it. This has helped make it one of the most stable cryptocurrencies.

In addition, Ripple offers several features that make it attractive to both individuals and businesses. For example, there are no fees for making transactions, and they can be processed very quickly.

As a result, Ripple has become one of the most popular cryptocurrencies globally and in Kenya.

Dogecoin is a cryptocurrency that started as a joke in 2013. Dogecoin features the Shiba Inu dog from the “Doge” meme as its logo and namesake (the spelling “doge” is frequently used in meme captions).

It is a decentralized, peer-to-peer digital currency that enables you to send money online easily.

The main aim of Dogecoin is to reach a broader demographic than Bitcoin and other digital currencies.

Dogecoin has been used primarily as a tipping system on Reddit and Twitter to reward the creation or sharing of quality content. However, Dogecoin has also been used to build wells in Kenya, sponsor NASCAR teams, and more.

Where to buy Cryptocurrencies in Kenya

There are various places to buy cryptocurrencies, but online exchanges are the most popular. These exchanges act as a middleman between buyers and sellers, and they usually require you to set up an account before you can start trading.

Some of the most popular exchanges include Coinbase, Binance, and Kraken. Another option is to buy cryptos directly from other people through peer-to-peer platforms like LocalBitcoins.

Ultimately, there’s no wrong way to buy cryptocurrencies; it just depends on what’s most convenient for you.

Cryptocurrency is still a new technology in Kenya, and there are many different types of cryptocurrency have been developed.

Bitcoin, the first and most well-known type of cryptocurrency, was created in 2009. Since then, many other types of cryptocurrency have been developed, including Ethereum, Litecoin, and Ripple.

Each type of cryptocurrency has its unique features and benefits.

Bitcoin, for example, is designed to be a global currency that anyone in the world can use.

Litecoin is designed to offer faster transaction times and lower fees than Bitcoin.

Ripple is a global payments network that can provide instant, reliable, and low-cost payments.

Many other types of cryptocurrency have been developed, each with its unique features and benefits. 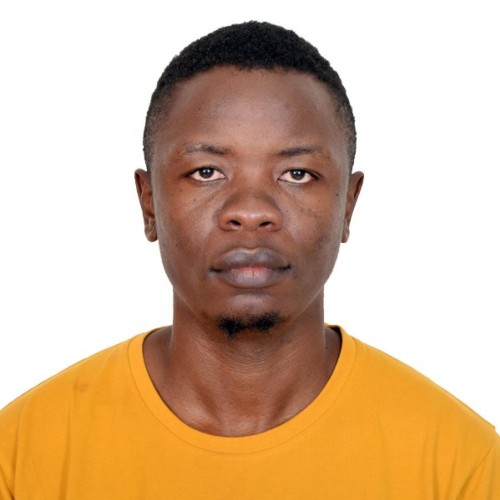 Emmanuel Chekumbe
As a Digital Marketing Specialist, Emmanuel writes about the latest trends in digital marketing. He is always up-to-date on the latest tools and techniques and enjoys sharing his knowledge. Connect with him on Linkedin

How To Make Money On TikTok

How to Make Money on FeetFinder

How to Take Feet Pics: Tips and Tricks

The Pros and Cons of selling feet pics

How to Shop on Amazon and Ship to Kenya

This article will show you how to sell feet pics online and make easy money in 2023. If you want to earn money by selling pictures of your feet, some websites will allow that. Many people are looking for ways...

10 Benefits of Hiring a Virtual Assistant in 2023

This article will discuss the ten benefits of hiring a virtual assistant for founders and entrepreneurs. Often, entrepreneurs are overwhelmed with all the work they have to do daily. They struggle with making enough time to take care of themselves,...

How To Make Money On TikTok

If you're looking for ways to make money on TikTok, you've come to the right place. With the rise of TikTok in recent years, many people have begun leveraging their influencer status on this platform to generate significant income. This blog...

Online Jobs for 18 Year Olds with No Experience 2022