20 Best Saccos in Kenya for Savings and Investments

Finding the Best SACCOs in Kenya is every person’s desire. With the increase in SACCOS in Kenya today, one can easily fall victim to scams posing as investment SACCOS.

SASRA regulates savings And Credit Cooperative Organizations (SACCO). The Sacco And Societies Regulatory Authority (SASRA) is a governmental organization that oversees SACCO activities in Kenya. Therefore, the first step to knowing if a SACCO is worth your investment is to check if SASRA has a list of registered SACCOs in Kenya.

But how do you choose the Best Saccos in Kenya today? This article outlines a reasonable investment SACCO feature and a list of the top 20 SACCOs in Kenya.

Below is a list of the best SACCOs in Kenya:

Unaitas SACCO was started in 1993 as a cooperative society known as Muramati in Murang’ a County. It has grown over the years in various parts of the country. Today, Unaitas SACCO is a deposit-taking SACCO.

Unaitas SACCO is widely known for business investments and is famous for small-scale investors. This SACCO gives out loans to members up to three times the member’s savings. With repayment interests ranging between 1% and 1.5% per month with a reduced balance, loan periods can be extended to 72 months.

Another best Sacco in Kenya is The Kenya police SACCO, founded in 1972 to serve those who worked in the Kenya Police Force. Currently, the SACCO is open to all Kenyans and has a membership of over 52,000.

Loans offered to members are three times the members’ investment. The loan interest in the Kenya Police SACCO is slightly high, and loans take 48 months. However, this SACCO is well known for its excellent services to investors.

The Kenya Police SACCO headquarters is located in the Ngara area, Nairobi.

Stima SACCO is famous for its land investments. The SACCO was started in 1974 and has seen tremendous growth since then. Currently, the SACCs has five branches across the country.

This SACCO offers loans up to two times the member’s savings. The loan’s interest is as low as 1%  per month with a reduced balance. The loan periods are extendable for up to 60 months.

Stima SACCO has branches in Nairobi, Mombasa, Kisumu, Eldoret, and Olkaria. It is considered one of the best-performing SACCOs in Kenya.

This SACCO is majorly centered in Nairobi and Kiambu regions. It was formerly registered in 1974. The SACCO membership is open to all but through vetting.

New members get vetted through the membership policy before being registered. SACCO is famous for small business growth.

K-Unity SACCO gives loans up to four times the member’s savings at an interest of 1% per month at a reduced balance.

Waumini is a SACCO founded by the Catholic Church for congregation members. The SACCO gives loans of up to three times the member’s savings. The loan is repaid within five years at an interest rate of 12.5% per anum.

This SACCO is best for short-term projects, not long-term ones like home construction.

The SACCO was started in 1974 by a group of employees from the Unilever company. Currently, the SACCO offers membership to all interested persons.

The SACCO gives loans up to three times the member’s investment. The loans are charged an interest of 1% per month on a reduced balance. The loan periods in this SACCO do not exceed six years.

The SACCO was founded in 1971 and has grown to become a deposit-taking SACCO society with a membership of over 15,000.

The SACCO offers loans up to 3.5 times the member’s savings. The interest charged is 1% per month on a reduced balance. The loan period is extendable to 72 months.

This SACCO was started in 1977 for Kenya’s airline and aviation staff. The Sacco has two branches, one in Nairobi and the other in Mombasa.

The SACCO is open to all aviation industry members and non-related companies. Members of the SACCO can access loans up to three times their savings. The loan period does not exceed four years, and interest of 1% per month with a reduced balance is charged.

Harambee SACCO was started in 1970 by low-income earners and subordinate staff at the president’s office. Today, the SACCO commands an asset base of over Ksh.19 billion with a membership of over 80,000.

The SACCO membership is open to all. Although one has to qualify through the membership policy before being declared a member, members of the SACCO can access loans up to three times their savings for a period not exceeding four years.

Imarika SACCO was started in 1974 by the Teacher Service Commission employees in Kilifi. During its registration, Imarika SACCO had only 100 members. The SACCO has grown over time, and currently, it has over 37,000 members.

Members of Imarika SACCO can access loans up to two times their savings at a 12.5% monthly interest. The allowed repayment period for loans from Imarika SACCO is five years.

Different SACCOs have different modes of operation. Therefore, you should look for one whose conditions favor your interests as an investor. Investing in legitimate SACCOs is one of the best ways to safeguard your money for future use.

Features of Investment SACCOs in Kenya

The following are features of investment SACCOs in Kenya.

SACCOs that put the investors’ interests as the last option are likely to collapse. Investing in such SACCOs is not advisable since a SACCO’s collapse means losing the invested money. 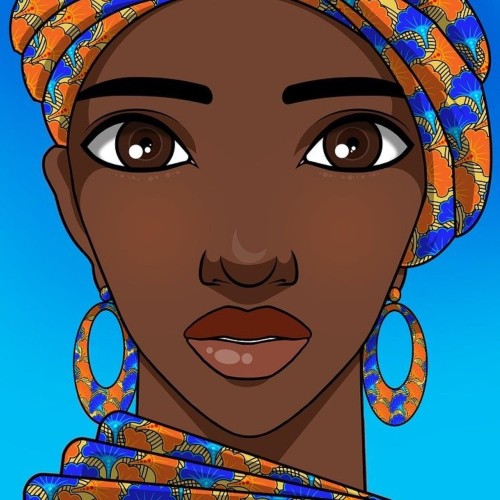 Stacy Ambani
Stacy Ambani is a Kenyan writer who helps people build wealth through investments and finance. Stacy has worked as a content writer for various online publications and is currently an editor and writer for a financial nasonga.com. Connect with Stacy on Twitter

How to Buy Safaricom Shares

10 Key Factors to Consider Before Investing in a Company

How to Join Safaricom SACCO Online

How to Buy Safaricom Shares

In this article, we will be discussing the top 10 investment companies in Kenya. These days, when looking to invest in Kenya, one needs to be extra careful and ensure they are putting their money into a reliable company that...

Many Kenyans do not have bank accounts. Those who have bank accounts either have little or no savings. This makes it hard for them to access loans from the banks. For this reason, Microfinance Institutions in Kenya play a...

How to Buy Shares in Kenya Step by Step Guide

In this article, we will be discussing the process of how to buy shares in Kenya. We will highlight the various steps involved in the process and some important things to remember when making your purchase. So without further ado,...